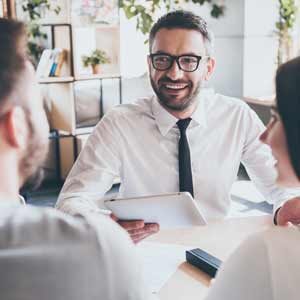 Arbitration is a way to resolve your dispute relatively quickly and privately. It is akin to a private trial that takes place in a boardroom setting. Parties agree to retain an independent third party (the arbitrator) to act as their judge. After each party has an opportunity to present their evidence and their arguments, the arbitrator renders a binding decision on the parties. The decision is final, binding and enforceable, just like a decision rendered at the conclusion of a court trial. Any dispute, including parenting, can be resolved through arbitration. Both parties must consent to participate in an arbitration process.

The arbitration process can also be combined with mediation, in which case the mediation / arbitration occurs in a two separate and distinct steps. First, you resolve everything you can by agreement with the assistance of an independent third party during mediation. Whatever issues remain outstanding are then resolved by the independent third party, rendering a binding decision.

Our expertise in arbitration

Our senior divorce lawyers have extensive experience representing clients in arbitrations and also act as arbitrators and render binding decisions pursuant to the Arbitration Act.