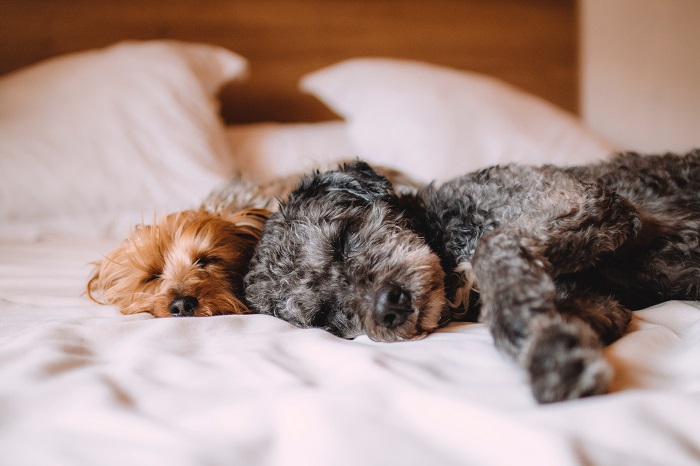 Pets can become an integral part of the family home, but what happens to family pets after a separation or divorce?

In the eyes of the law, family pets are considered personal property, the same as a couch or a car. The law on custody, guardianship and access only applies to human children. In other words, pets are not people, they are property and the Family Law Act entitles both spouses to equal rights when it comes to family property. It can be difficult to come to terms with this however, separating your feelings from emotional problems like these can make it easier to work through the issue.

How To Determine Who Keeps Family Pets?

The Province of Alberta’s Matrimonial Property Act allows the courts to decide how property is divided between divorcing spouses. When divorcing couples cannot agree on who claims ownership of the pet(s) after a divorce, the courts will take numerous factors into consideration when deciding matters on pet “custody” disputes.

Most of the time, the person who bought the pet owns the pet. However, there are some exceptions to this rule, like if you found the animal wandering the streets or you bought the pet as a gift for someone else. However, in general and as with other kinds of personal property, if you bought it, you own it.

What If You Both Own The Family Pet?

One last thing, the courts do recognize that under some circumstances, pets may be equivalent to children for certain couples. In situations such as this, the courts will either recommend joint “custody” or encourage both parties to come to an amicable solution on their own. The agreed upon solution may be in the form of a written agreement that satisfies both spouses and would include things such as visitation schedules and rules regarding how costs for pet care will be shared.

As mentioned above, the Alberta Courts generally considers pets to be property and might rule in favor of the legal owner of the animal. Nonetheless, an experienced family law lawyer might provide insights and options that would otherwise not occur to a pet-owning client. If you are considering separation or divorce and want to know more about your legal rights, contact us today.

How to Get Divorced – Tips from Divorce Lawyers in Calgary

You can read Part 2 of this post here.  Get Good Legal Advice - As…

How To Prepare For An Initial Consultation With A Lawyer

The breakdown of a marriage is often overwhelming and emotionally draining for those involved. At…